SAN FRANCISCO — On the eve of Wells Fargo Bank’s annual shareholders’ meeting, 19 climate activists were arrested inside the bank’s headquarters demanding that it stop lending billions annually to the oil and gas industry, whose products are propelling the planet towards disaster.

Wells is the world’s second largest fossil fuel banker—second only to JPMorgan Chase—financing $46 billion last year out of a total $742 billion in financing made to the energy sector. The bank far outstripped its rivals by raising its industry financing total by $20 billion from 2020 levels, according to new research by a consortium of organizations including Rainforest Action Network.

“Wells Fargo is the poster child of climate profiteering,” says Alison Kirsch, policy and research manager of RAN’s climate and energy program. “Any further expansion of fossil fuels risks locking humanity into generations of climate catastrophe, yet Wells Fargo actually increased its fossil financing by roughly $20 billion last year, and the bank continues to dominate financing for the fracking industry. We demand accountability, because this recklessness will be paid for in human lives.”

“Bank executives made those decisions right upstairs from where we are standing right now,” says youth climate justice activist Madeline Dawson. “Their lending is ending our lives.”

The activists, who chained themselves to an antique stagecoach in a museum gallery at 420 Montgomery St., part of the bank’s headquarters complex, say they are spotlighting the bank’s hypocrisy as it faces shareholder resolutions calling for it to halt its financing of new fossil fuel development. “We’re part of an historic momentum to keep fossil fuels in the ground. All over the globe, people power is fighting to keep money out of Big Oil,” said Leah Redwood, an organizer with Extinction Rebellion SF Bay. Read more of the press release here.

This action included activists from Diablo Rising Tide, Silicon Valley Climate Action Now (SV-CAN), 1000 Grandmothers For Future Generations, Sunrise Movement, Direct Action Everywhere, Extinction Rebellion SF Bay Area, Rainforest Action Network and more. Lu Aya of The Peace Poets and Nik from 350 Bay Area held down the chants and songs on mic and megaphone outside the bank to keep our spirits high and let the public know why we were there. 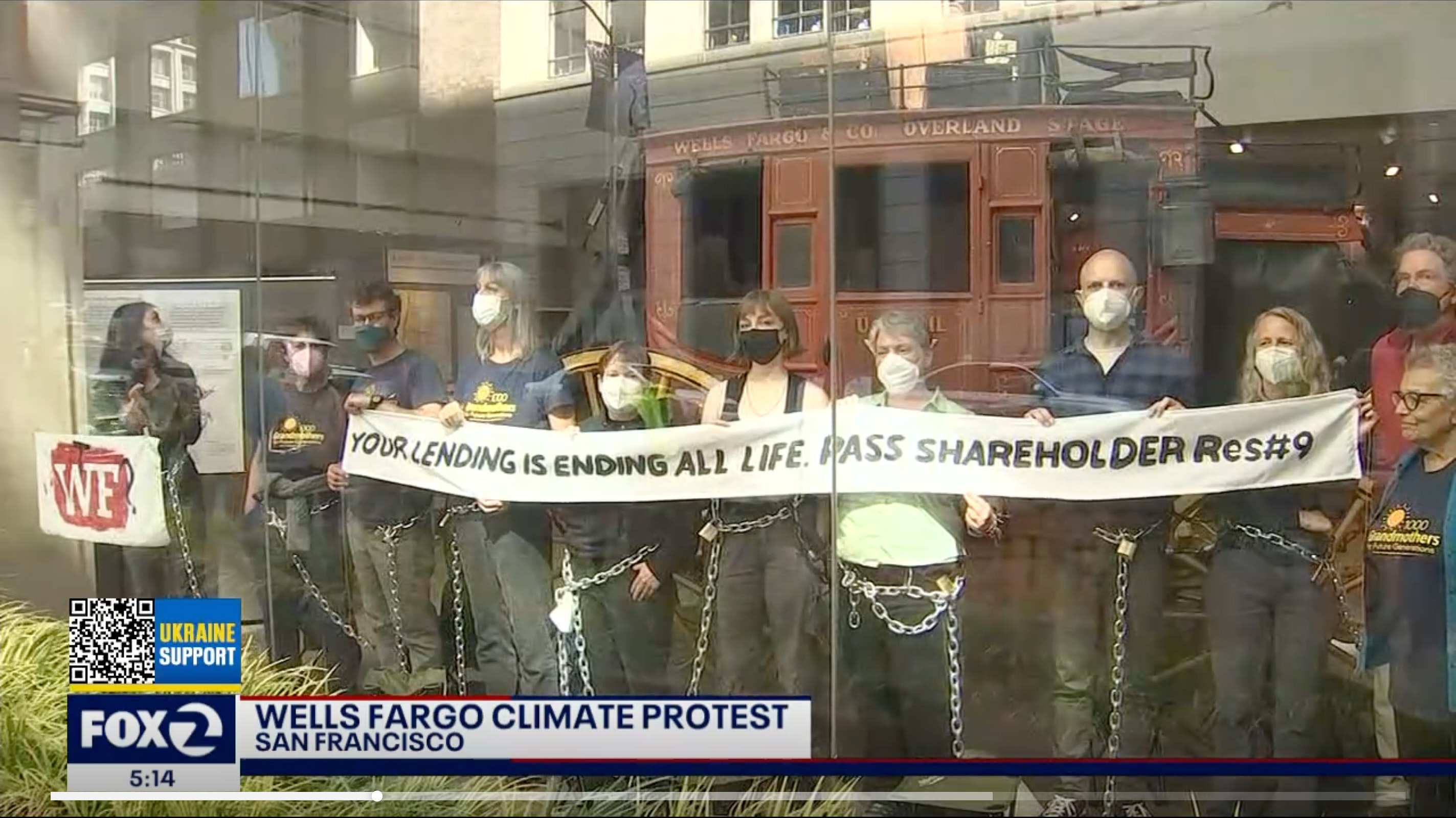 We got some great coverage from media including:

The action got picked up on national climate social media outlets like Stop The Money Pipeline, and Wells Fargo social media managers went into damage control replying on comments: 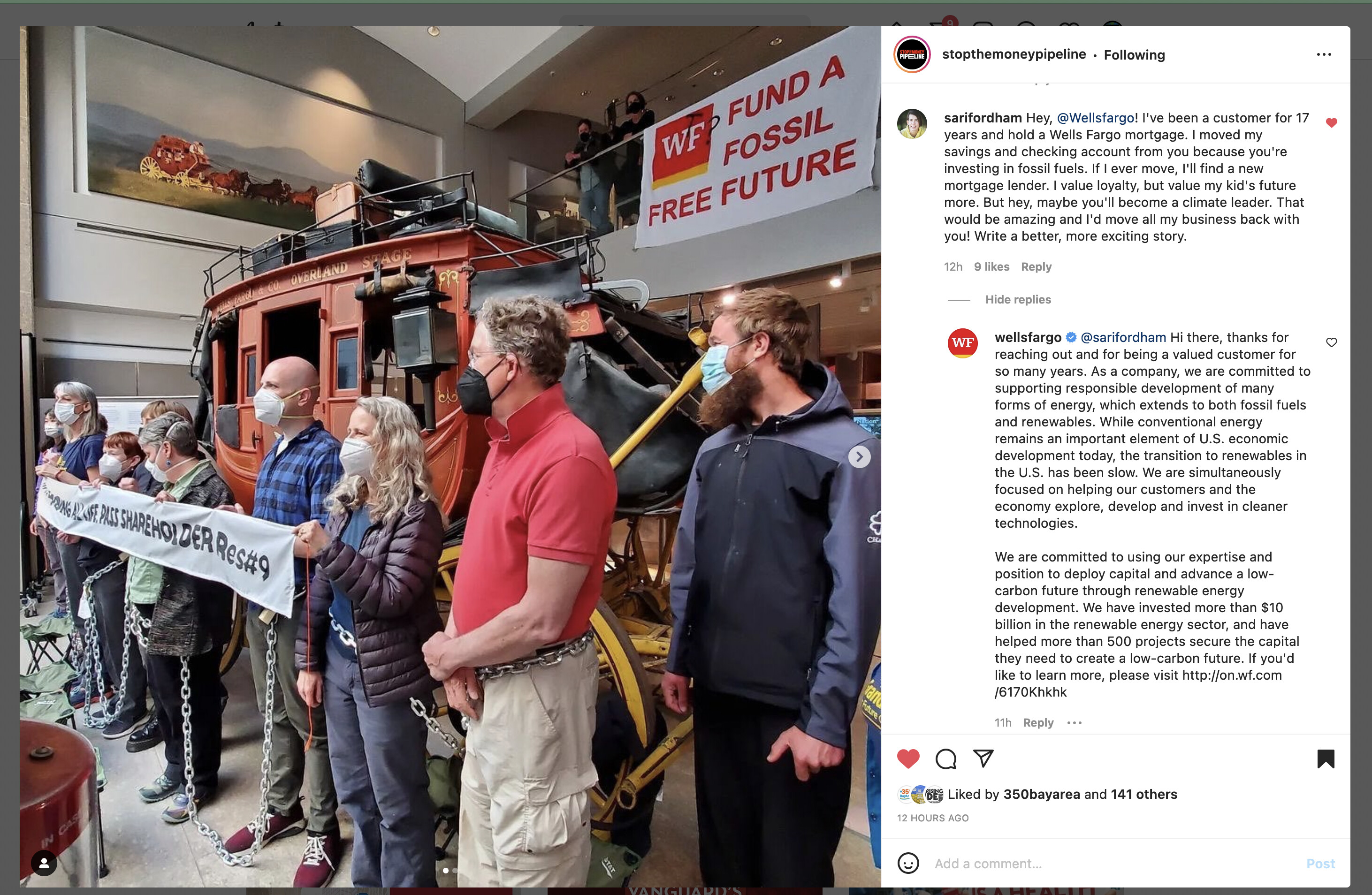 The following day, Wells Fargo, Citibank, and BofA shareholders voted around 11% in favor of the historic climate resolutions, which as this article explains is a pretty positive development.

If you are a customer of any of the big dirty banks, make sure you’ve signed Stop The Money Pipeline’s Customers For Climate Justice pledge, and stay tuned for upcoming ways to get involved in actions like this. 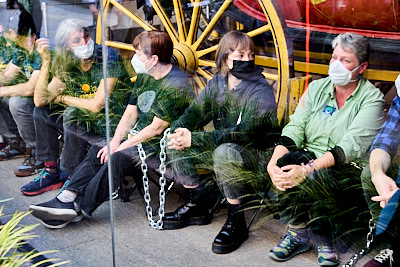 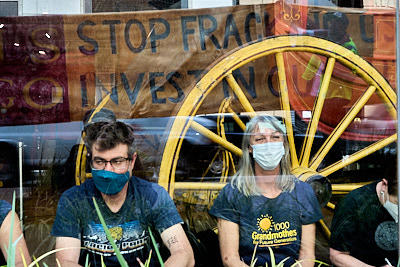 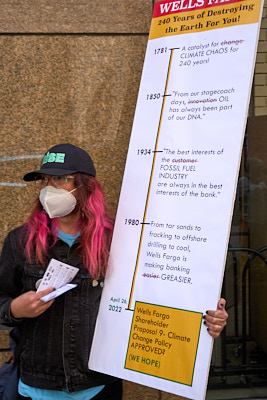 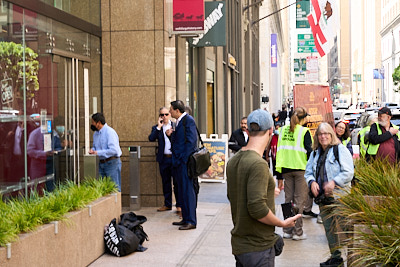 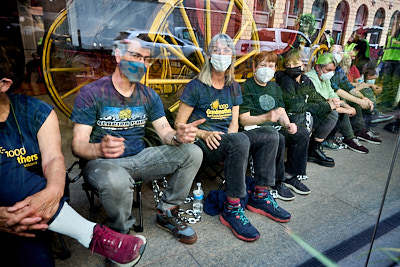 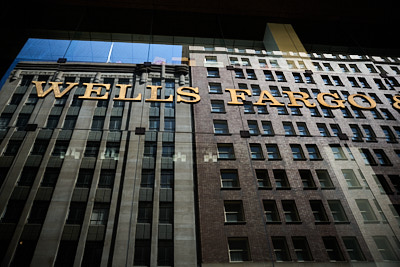 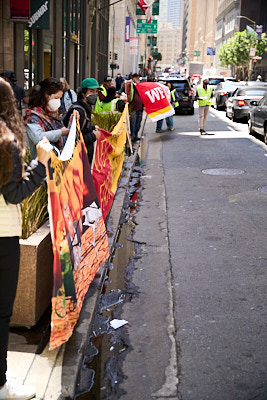 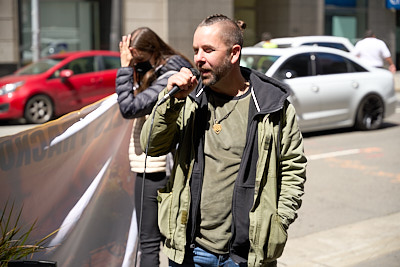 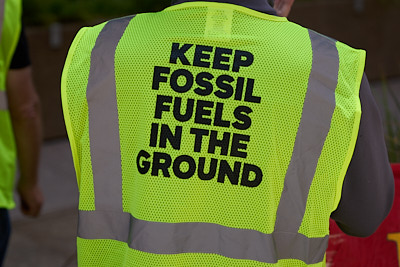 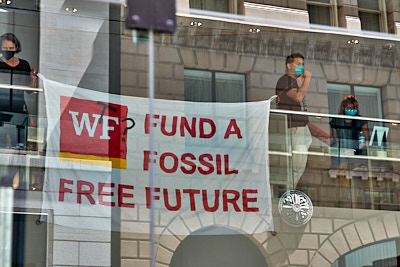 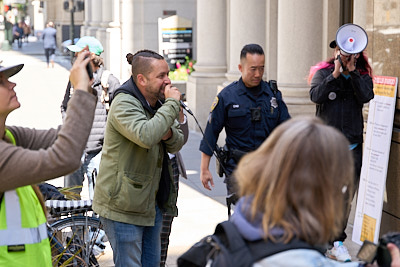 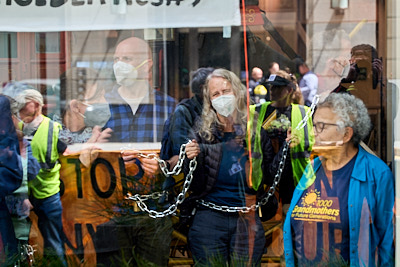 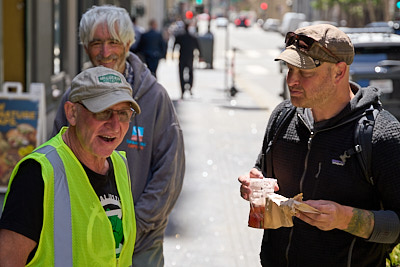 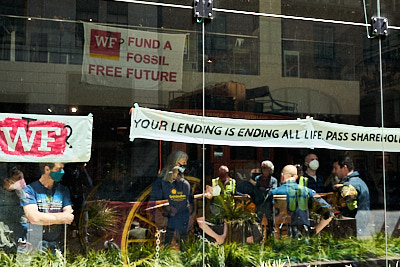 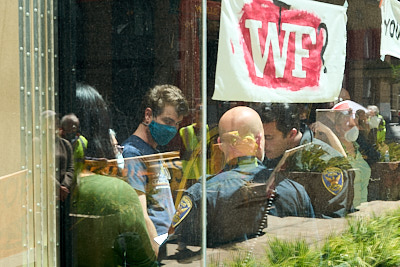