LOS ANGELES: — On April 6th, four scientists who have spent years trying to make their voices heard and spur action on the climate crisis met up in Los Angeles and chained themselves to the doors of a Chase Bank. They were protesting the lack of action by Chase and other financial institutions to protect the planet and act on the climate emergency. This non-violent action direct action was met by an outsized reaction from the Los Angeles Police Department which arrested and briefly detained the four.

XRSFBay’s Greg Spooner was one of the four arrested. He writes: “When the LAPD moved in on the action at Chase Bank, I was thinking about what an overwhelming display of force was being mounted. There were around 100 officers in riot gear, some with automatic rifles, some with crowd control weapons. I thought that this display meant that the fossil fuel interests and those in power wanted to send a strong message of intimidation. In a way, I felt good about it because it seemed that what we were doing represented a real threat that the powerful were taking seriously.”

Read more about Greg’s experience getting arrested and what led him to take action here. 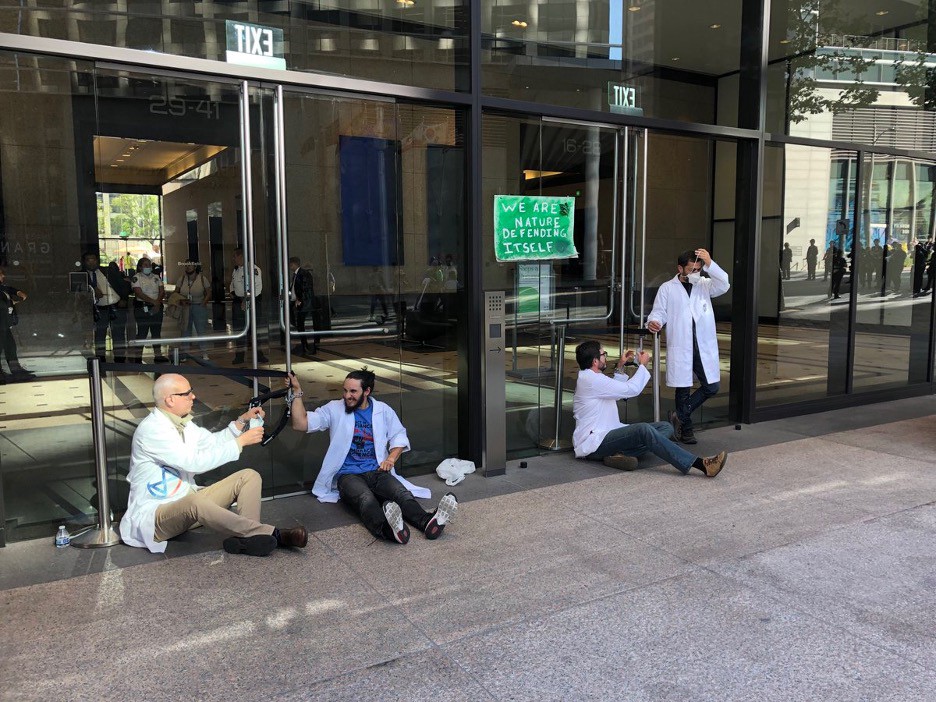